UTA-Do: The romances and intimacies of a revolution

Home » UTA-Do: The romances and intimacies of a revolution

In her speech at the recently concluded African Infrastructure Futures workshop, the warm and ever joyful Wangui Kimari jokingly stated that, amongst the many things born from the 2022 UTA-Do workshop, romances were initiated. While this might have been purely a joke in typical Wangui-style, I claim it literally and reflect on the intimacies and romances that the 2022 UTA-Do workshop brought and continue to nurture for (me), six months after. To do this I will use the three goals that Wangui, Prince and Liza had for the first workshop, as shared by Wangui in her speech (from 27:20).  That is: to make the party bigger (so Nairobi street’s way, right?); fill each other’s libraries (romantic, right?) and to end the continued use of young Africans as native informants (Revolutionary!).

But first, what comes to mind after seeing the call for application earlier this year, UTA-Do? This phrase, ‘uta-do?’ – meaning ‘what are you going to do about it? –  carries the playfulness, the daring, the revolutionary aspect of the workshop. For me the first image was of my mother’s side eye, in her African mum moment, when someone  questioned a directive in her house. My second thought was the daring of most Nairobians while demanding and asking a big UTA-Do? to those in authority as they push against the colonial organising, planning and imagining of this city, through diversion, chants of freedom, post as KOT or, hustling on streets.

While the phrase ‘uta-do?’ means these things, and many more, on the streets of Nairobi, it also served as a fancy academic acronym: Urban Thinking Africa- Doing (beautiful, right?). In his paper “Notes on Southern Urbanism” Gautam Bhan, (who was one of the 2022 keynote speakers) calls urban scholars to root their theorization of cities in the global south with vocabularies of modes of practice in these cities, like UTA-Do!

The party continues to become bigger!

“i say no seed / can flourish on this ground once planted then forsaken” —Lucille Clifton, mulberry leaves

Attending a workshop with scholars you have been reading as a recent BA graduate can be daunting and nerve wrecking, this feeling showed up at UTA-Do but (I) was smoothly welcomed into the party. I can’t remember the exact moment I got comfortable to answer questions at the workshop. It might have been during the first break when I found myself sitting next to Liza and weirdly ended up sharing that I had read her paper with Idalina urging urban scholars towards anticipatory forms of scholarship through ingraining propositionality in their research and writing. This conversation beautifully moved to the writing process behind the paper. Or was it during the next break when I would nervously chat with Mary Lawhon, whose book “Making Urban Theory: Learning and Unlearning through Southern Cities” I was reading at the time? Or maybe it was on Tuesday, when, during lunch, I met the warm Eddie Ombagi, whose thesis on “Becoming Queer, Being African: Re-thinking an African Queer Epistemological Framework” (my mum better not read this) inspired me to set out on a mission to experience the ‘shot of whisky’ that is Nairobi as he described certain spaces in the chapter “Nairobi is a shot of whisky.” Anyway after all this digressing, (coz UTA-Do?), the point is we all smoothly got embraced into the party.

After the workshop the party continues to grow. A month later, I would join a five weeks reading group organised by Andrea Pollio and Liza Cirolia on fintech urbanism in Africa, during which we got to read, discuss and chart ways we would contribute to the area of study. During the same period several UTA-Doers would also be meeting at a two days workshop on “Pressure in the City”. These sessions continue to grow the participants with opportunities to share their research findings, connect for future and already embark collaborations which all grows the party that is scholarship on Urban Africa.

As UTA-Do 2022 offered intimate moments where vulnerability was possible, in my subsequent school applications, when in distress whether my personal statements, academic statement and research proposal are stellar enough to get me in and bring the funding (twice beaten with admission to Cambrdige and Cape Town only to secure partial funding) party members (UTA-Doers) have become a great asset. Andrea Pollio, for example, read through and offered critical comments on my application documents that have now successfully secured me a full scholarship to the University of Oxford.

“A seed is a nexus of possibility. It is a composite of being and becoming…” Guérin Kairu, Emergent

Papers behind paywalls, as baffling as it sounds, are a norm here. During my undergraduate studies I remember one of my favourite lecturers sharing another university’s library details that would enable us to access papers. After UTA-Do, getting new journal articles that are behind paywall has become a ride in the park. We now email those with institutional access for papers.

Libraries also continue to be built through social media platforms like Twitter. My TL, for example, is no longer dry and full of corrupt and paid Kenyan political content. From the one week at UTA-Do I follow amazing UTA-Doers whose critical thoughts and posts bring to my attention papers and interesting debates in the field of urban studies and beyond. Further we also have the google mail group where amazing opportunities are shared and conversation on interesting urban aspects initiated.

In Nairobi, UTA-Doers have been overdoing it. I recently attended The GoDown Arts Centre open day where Mbugua MK was proudly showing the GoDown art centre streets designs that were partially funded by one of the UTA-Do 2022 grants. Two weeks before this, Mbugua and Brenda had exhibited the design at JKUAT, where she is a lecturer, filling each other’s libraries and of the student and us on twitter.

From this then we can see that the goal of no more native informants is being achieved. A number of UTA-Doers have secured amazing scholarships, co-authored critical pieces that we all can’t wait to see out soon. Those inbetween graduate schools expanded their academic networks that I’m sure will go a long way in their careers. To be an UTA-Do alumni is to know that wherever you are in the world there is an UTA-Do that you can reach out to for a wholesome experience.

Like our African aunties’ goodbyes that start from inside the house to outside, through the many repeated hugs, talks over the car windows before and after the prayers blessing the ‘cars made by hands of humans.’ I am afraid to attempt a conclusion here will be futile. All I will say is apply for UTA-Do 2023! Join this community of people who hold space so gently for all of us.

And if you are reading this and you are in capacity to fund, Fund UTA-Do!

This essay was first published on the UTA-Do workshop website. 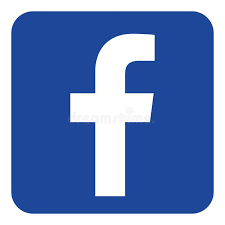 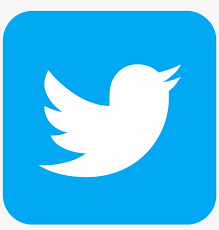 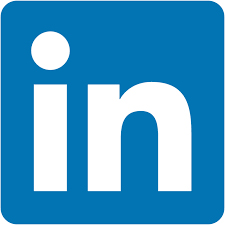 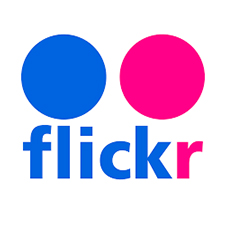